No, seriously.  Does anyone know? 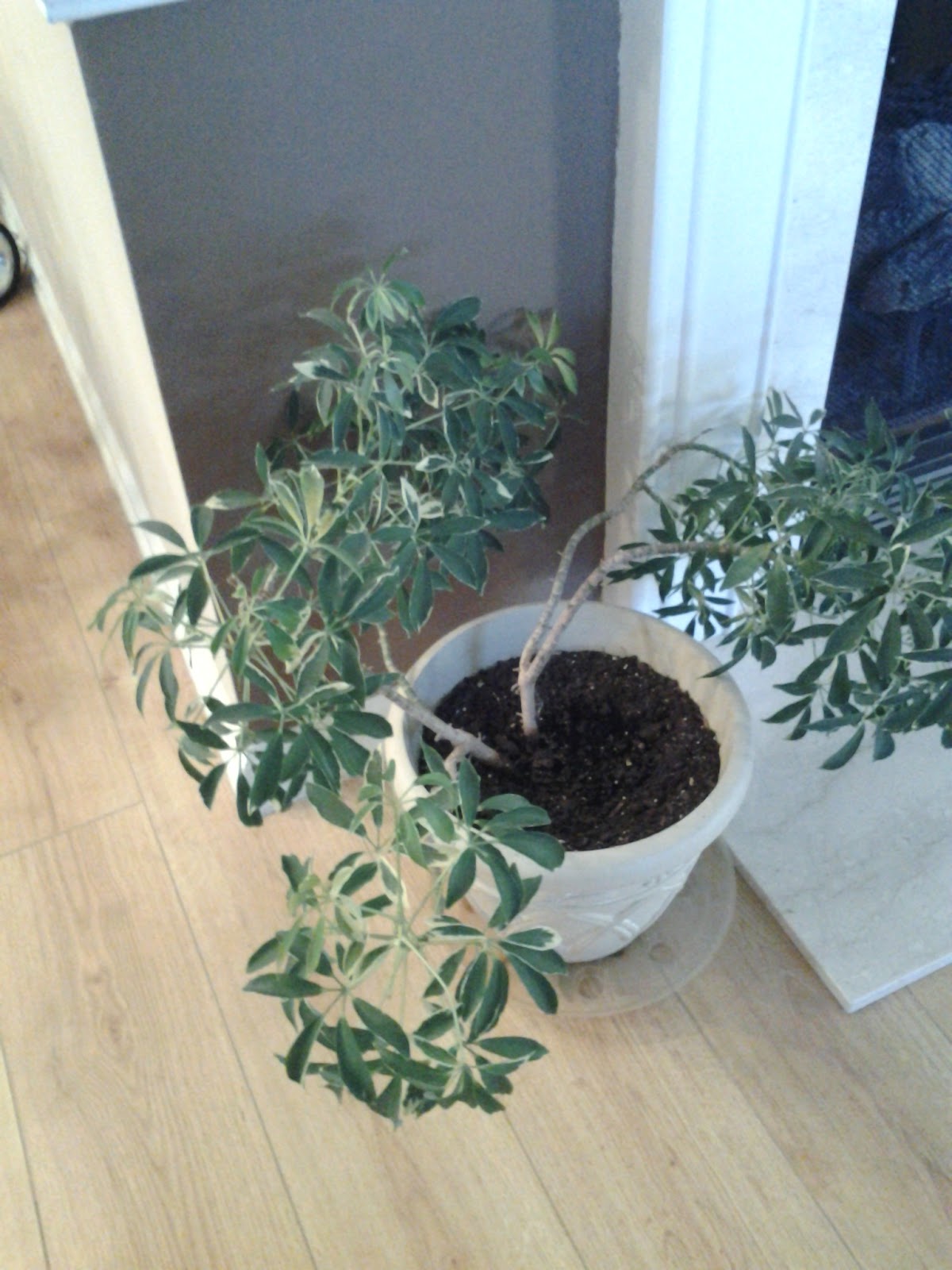 I think it might be a Schefflera from some of the research I've done online....but who knows.  After an hour of searching, all the plant pictures began to look the same to me.

The reason I'm asking is because this plant is mocking me.  Seriously.  I have finally found homes for the majority of the plants I had (only one was left to die a slow and painful - for me - death in the garage) and the remaining ones are thriving.  In fact, given that I have more time to spare to give them the attention they deserve they are all looking better than ever.  Except this one.

Oh sure, it looks fine, if a little spindly (if it is Schefflera then, according to my research, I need to prune the hell out of it in order for it to bush out).

But EVERY. SINGLE. TIME I walk by it, sneeze or sigh it drops a leaf.  I kid you not.  I cleaned up all the leaves that had scattered on the floor to take the above picture.  After the camera button went "click"...well, the evidence doesn't lie... 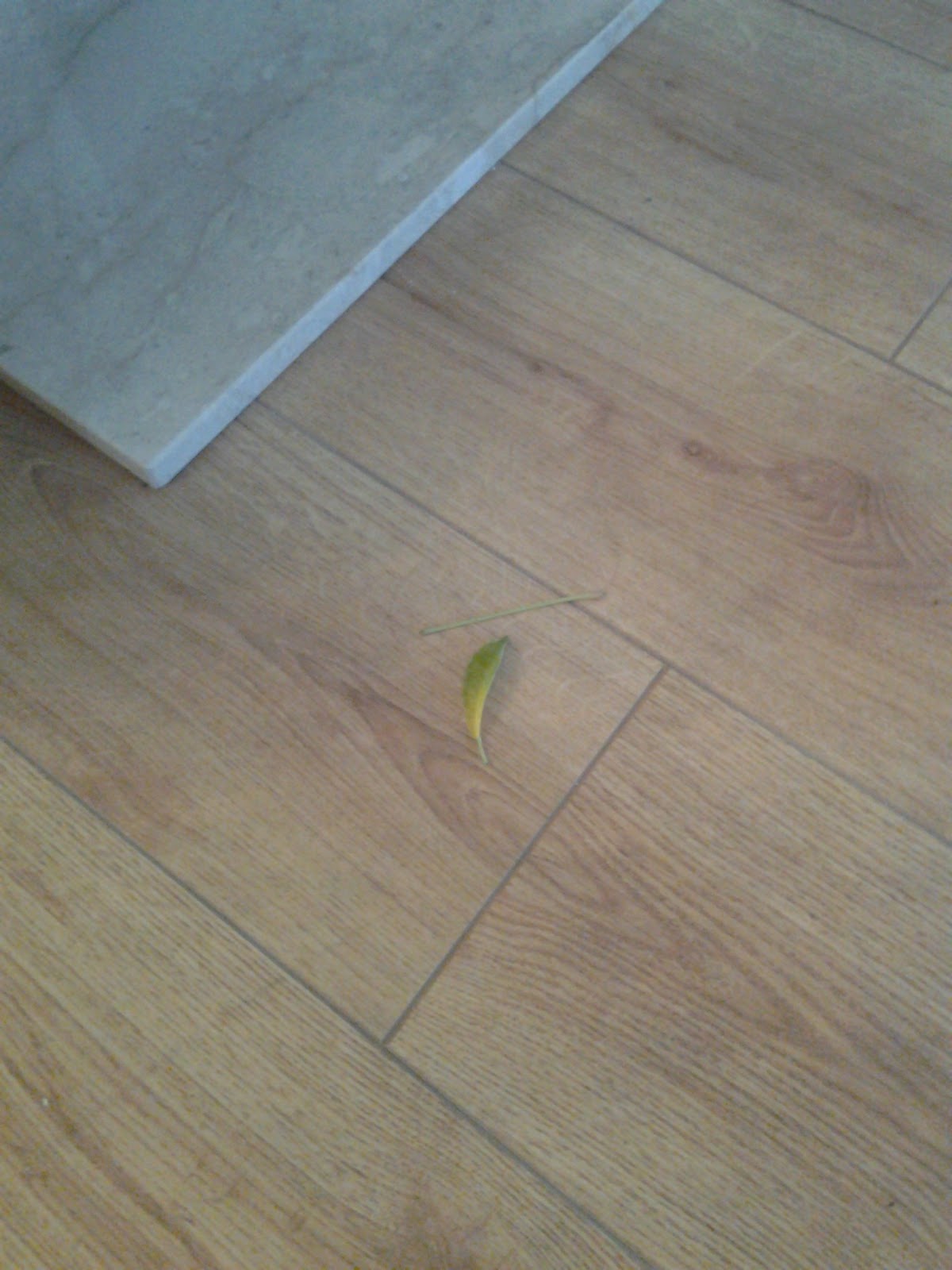 So unless you, the good people of the Internet, can tell me definitively that this is NOT a Schefflera then I'm going to chop this thing, move it somewhere a little brighter (WHERE? I swear this house has the worst natural lighting EVER) and attempt to water it less to see what happens.

I mean honestly?  At this rate, it can't hurt...right?

And then once I get that one sorted out, I suppose I can begin to figure out how to get my ficus to fill out on the right side...

*sigh*...and there went three more leaves falling to the floor.
Posted by Gigi