Before we get to the review, look at what has me smiling today! 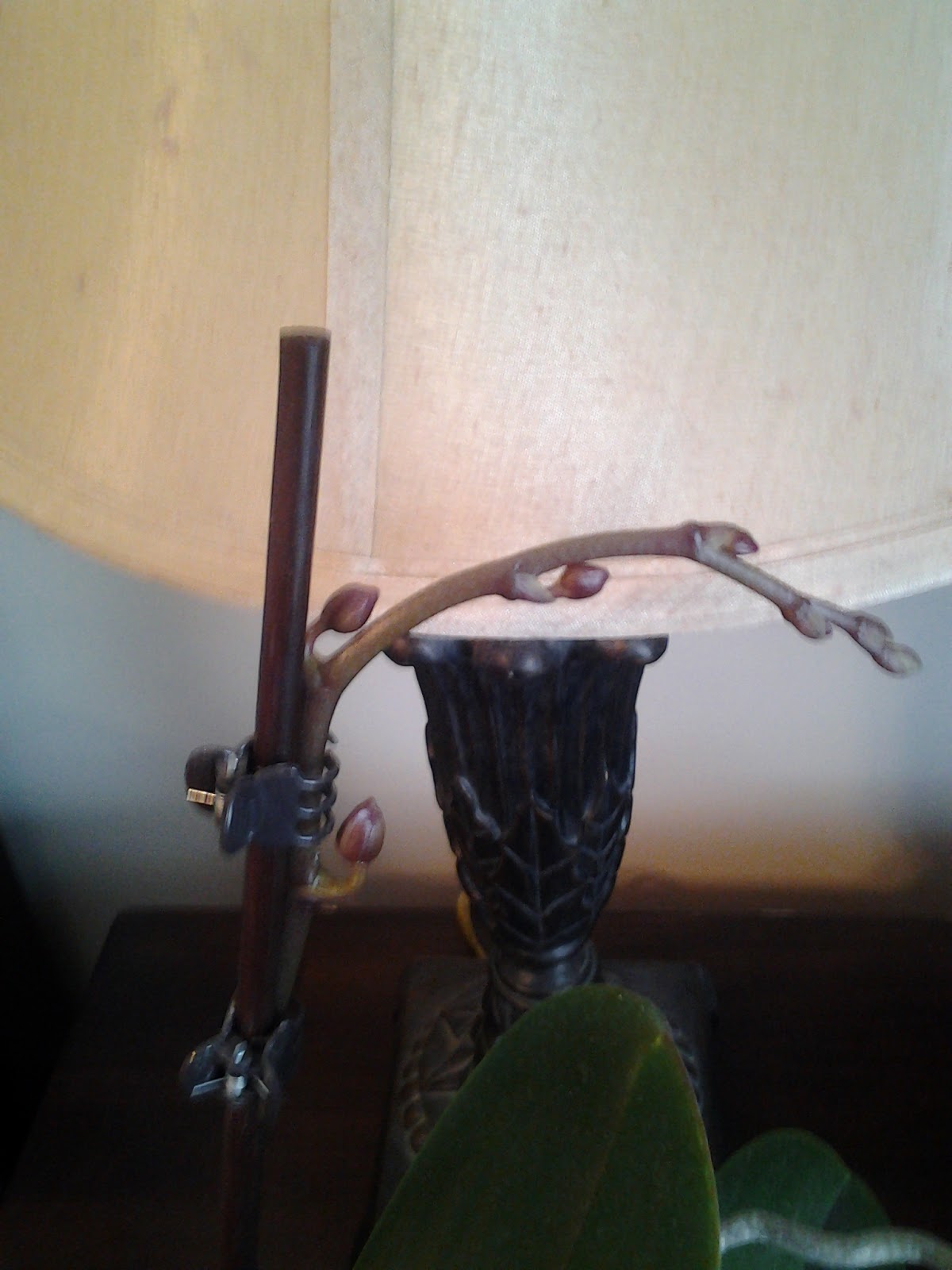 I bought this orchid last year, despite the fact they seem intimidating.  Perhaps because they are so beautiful and delicate?  Shortly after I bought it, all the blooms fell off.  In a moment of rashness, I trimmed it back without consulting the almighty Google and then immediately regretted it, wondering if I had doomed it.  I went to water it this morning and look!  Five new buds getting ready to pop.  I can't wait.

Anyway, back to the main point.  I recently picked up The Chaperone by Laura Moriarty.  This book was inspired by the life of Louise Brooks, a silent-film star.  Somehow I completely missed that fact until late in the book.  Now, to be honest, before I'd read this book, I had never heard of Louise Brooks.

And if you haven't either, don't let that stop you from reading this book.  I thoroughly enjoyed every page.

From the book jacket:  In 1922, only a few years before she will become a famous film actess and an icon for her generation, a fifteen-year old Louise Brooks leaves Wichita for a summer in New York City and the avant-garde Denishawn school of dance.  Much to her annoyance, she is accompanied by a thirty-six year old chaperone.  Cora Carlisle is neither mother nor friend, just a respectable neighbor whom Louise's parents have hired for propriety's sake.  But upstanding, traditional Cora has her own private reason for making the trip.

Of course, Cora has no idea what she's in for: young Louise, already stunningly beautiful and sporting her famous black bob, is known for her arrogance, her disregard for convention, her keen intelligence.   ....Ultimately, the five week they spend together will be the most important of her life.

This book takes turns that you will never see coming.

I don't generally do historical fiction - why, I don't know.  Every time I do, I end up enjoying the book and this one is no exception.
Posted by Gigi