It's hard to believe that so much time has passed between then and now.  Back then I was young and dumb optimistic.  Today I'm older, wiser and still dumb optimistic, for the most part.

But whatever, it's worked out.  Sure, we've had our rough patches through the years (I'm not even counting the unemployment years).  Some of those patches were so rough, I wondered if we would weather the storm.

There have been times when he's made me so mad I wanted to hurt him - seriously hurt him.  But I refrained.  I'm sure he's felt the same at times (although, perhaps not as often - 'cause I'm SO easy to live with....) and, obviously, he's refrained as well.

P!nk's song "True Love" speaks the truth about love. And, funnily enough, this album also has a song called "The Truth About Love" which also speaks volumes about what love entails.

FYI...the lyrics are rather explicit.  You've been warned

It's not always wine and roses.  Sometimes it's threatening bodily harm if he EVER chews celery within your earshot again.  Or if he keeps moving the furniture a fraction of an inch at a time.

It's always about compromise, communication, and knowing what battles to fight and what battles to let go.  It's about laughing together.  Because the ability to laugh in the face of your struggles will carry you far.

It's about the occasional surprise, such as this absolutely gorgeous arrangement... 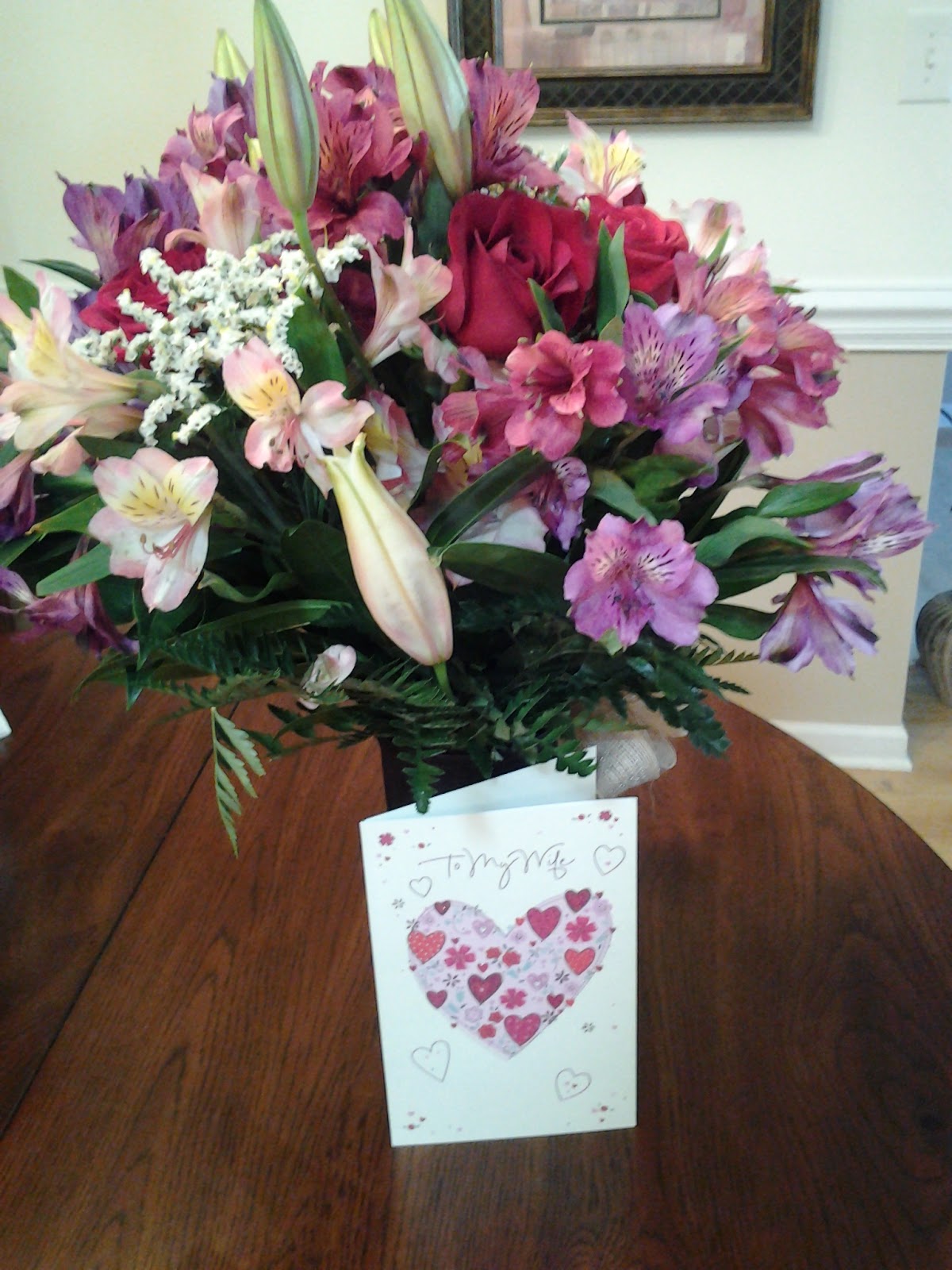 And remembering that you promised to love this celery-chomping, furniture-moving man till death do you part.

And, as I like to remind him from time to time, the only way he's getting out of this marriage is through death...most likely his.

It's seems to have worked so far.  So let's see what the next twenty-three years brings, shall we?
Posted by Gigi