The Husband and I have taken a couple of days off - supposedly, so we can get pre-qualified for a mortgage and house hunt.

We are going to get pre-qualified, as we actually have an appointment tomorrow to do so.  As for the house hunting - so far that has consisted of driving through a few neighborhoods we like and either one of us actively disliking a house that the other likes OR finding one we both liked enough to look at online only to discover that it was too expensive.  So, the house hunting isn't going so well, as I predicted from the start of this exercise.  Which leads me to wonder why we are even bothering to get pre-qualified since we can't agree on a house that is in our price range. *sigh*

We decided to spend today at the movies.  We had decided that we wanted to see The Judge.  As I've mentioned before, it takes a minor miracle to get this man to the theater.  So I consider this a win.  As we were driving up to the theater he stated that we haven't been to the movies in "a while."  I replied that the last movie we'd seen together was Lincoln - well over a year ago.  He didn't believe me but I have the evidence in this post, which is dated February 4, 2013.  As I said, well over a year ago.

Now before I tell you about the movie, let us pause for a moment to appreciate perfection...

In addition to being so easy on the eyes - he happens to be one of my favorite actors, so I knew I had to see this movie.

And, the movie did NOT disappoint.  It was very, very good.  I would definitely recommend it.  And not just because Robert Downey, Jr. is starring in it.

As you may have heard (or read, if you clicked the link at the top) in this movie RDJ plays a big-time lawyer who finally returns home for his mother's funeral - while there he remembers why he has been away for so long.  As he is set to return to his life his father, a local judge, is accused of murder and he stays to discover the truth.

I will warn you, this is a loooong movie - about two hours long - the only reason you will notice this isn't because the movie is boring but because your bladder will tell you if, like me, you order a medium drink only to have a giant BUCKET handed to you.  (Seriously?  When did medium sized drinks become big enough that you need two hands to hold it?  There is something fundamentally wrong with that).

Now, to wrap it up, one last look at perfection... 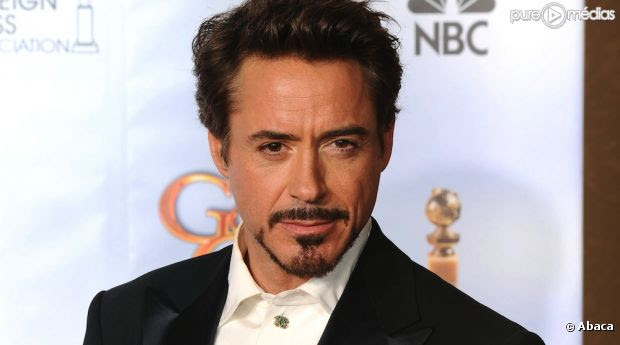 So, if you have a chance, go.  The movie is great AND it has RDJ in it - what more could a girl ask for?  Except maybe a house...
Posted by Gigi