At this very second, my house is in near pristine condition.  This makes me happy.

Hubby did it all.  From top to bottom.

All in preparation to have our house photographed.  I don't quite understand the whole thing but a friend of Hubby's is trying to get his business off the ground and Hubby is being a friend and doing what he can to help him.

That's great that he's so willing to help his fellow man.  It's even better that he totally made his wife's day/week.

The downside?  When Hubby is involved in the cleaning part - he's great at it - no complaints.  (Even if he doesn't see the dusty baseboards)  But when Hubby is involved with the putting away part.....he tends to "hide" things rather than actually put them away.  If I don't ask where he put something IMMEDIATELY after he "puts it away" he tends to forget what he did with it.  Which would mean that those school pictures and all that other stuff - would be lost to me forever (or until I stumbled on them a year later). 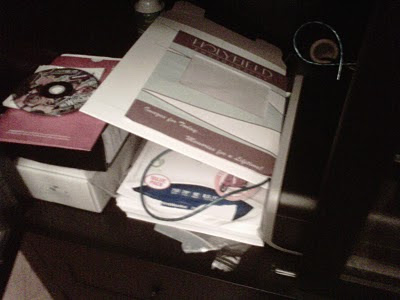 He tends to not put things back in their proper place.  I mean really?  That plant belongs on the other side of the chair - not hidden half behind it.  And the chair is not at the proper angle.  (Why yes, I am a little funny about things being where the belong.  To tell the truth that makes living in a house with other people a little difficult at times.) 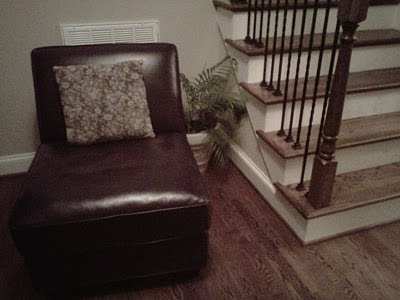 And then there is this. 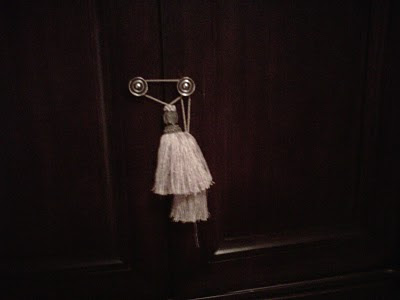 Rather than figure out why the doors won't stay closed (which has only been a problem since we moved here).  This was his solution.

Yeah, fixing those doors is going on the To-Do list for this weekend.

But you know what?  Despite him not doing it the way I would have done it; or putting things where they belong; it's done.  And I'm not complaining one little bit!
Posted by Gigi