That means I've been kind of productive.  When the sun is out I'd much rather go play. Or shop. Or something.  Anything but stay indoors and do chores.  Even though my list is growing quite rapidly, I have been ignoring it; figuring I've got all winter to do them (isn't there a fable about an ant and a grasshopper that follows along this line?)

But today has been non-stop rain.  And not even just drizzle-y rain.  I'm talking all out thunderstorm, pouring down rain.

Since I was stuck in the house for the majority of the day, a lot of chores were completed (and many thanks to Hubby because he pitched in and helped without being asked, nagged or bribed.  AND he did the chore I hate the most-the downstairs floors.  Extra brownie points for him!).  The ones that usually get ignored on fine summer days - until they reach critical mass, or I begin to itch because the fact they aren't done begin to bug me.

After all was said and done the house is hospitable again and actually fit for company, if someone should decide to pop in unexpectedly.

And then I noticed something....

Something so rare and magical.  I had to take a picture to share; because I knew you wouldn't believe me if I told you.  And this is what I saw.... 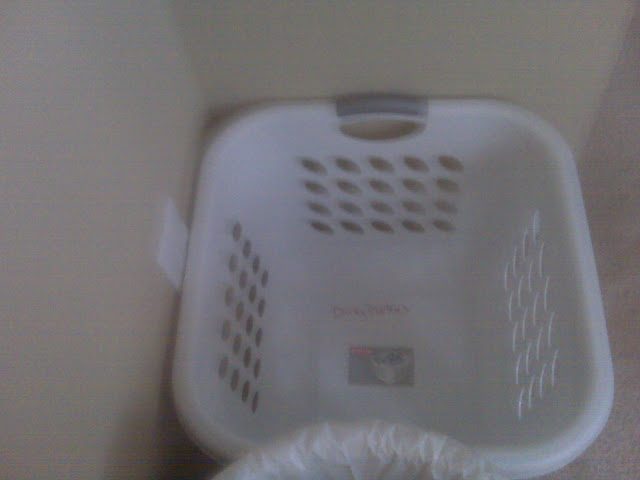 Yes, it's true! I could see the bottom of the laundry basket!  It's a miracle I tell you! A miracle!  I can't even remember the last time I saw the bottom of this basket.

I was euphoric!  Dancing on cloud nine!  The laundry was done.  Washed, folded and put away.  Even the dreaded sheets - which have been known to stay in the dryer until the next time a load of wet washing needed to be dried before they were reluctantly folded and put away.

But alas!  It was short lived.  Because the next time I passed the basket, this is what I saw . . . 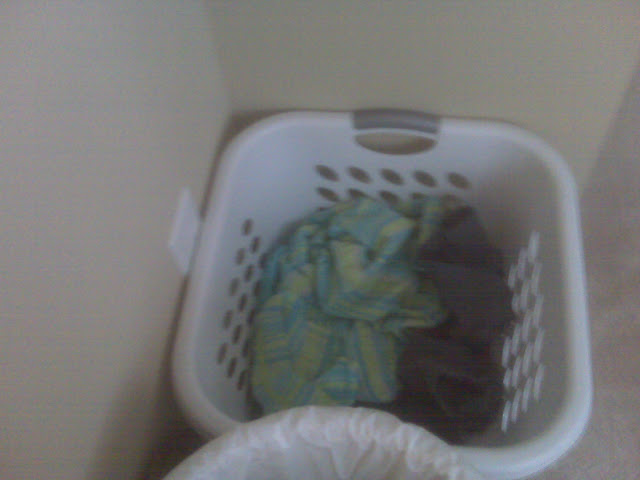 But at least I have evidence, photographic evidence, that it is indeed possible to see the bottom of the hamper - if only for a minute.
Posted by Gigi