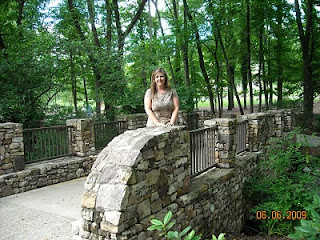 Recently I was tagged in a Photo Meme, by the wonderful Wilderness Chic.

At first I was concerned about what kind of picture would end up here.  Since the death of my other laptop not too many pictures have been downloaded to the new one.  I figured we'd have to put up with some stock photo that came with the computer and I would have to make up some kind of story.  But then my brain began to work and I recalled that I have bunches & bunches of pictures on the work computer (that I really, really need to pull off......note to self.)

Anyway.....this picture is of my very dear friend.whom I've known for 24 years now (how did that happen?).  She still lives in Texas and I miss her every day.  This picture was taken last summer when she came to visit.  She and I can not see each other for years and pick up right where we left off.  Even while apart (and not telling each other either) we are either doing or buying the same things.  It's quite funny - around the time I got interested in Feng Shui - so did she.  When I got my Blackberry - turns out she got one as well.  As I don't have a sister I have claimed her to be mine - and even though she has a sister she's graciously agreed.

The rules are as follows:

Scroll to the tenth photo

Post the photo and tell the story behind it

Being the rebel-child I am - I tag you all!  You're it.  Get busy.
Posted by Gigi