We arrived around lunch time on Friday. After checking in, we immediately took off to explore and find some lunch.

Our hotel was FABULOUS!! Just a little background; it first opened in 1924 and was considered the largest and grandest hotel in the Carolinas. After a $12 million renovation it re-opened in 1996. It is listed as one of the Historic Hotels of America. 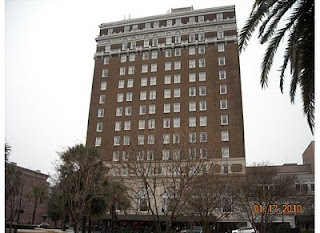 Although, it was rather pricey (especially considering we were rarely in the room) – it was well worth it in service and location and it was beautiful! It is located in the heart of the historic district and we were able to walk just about everywhere. 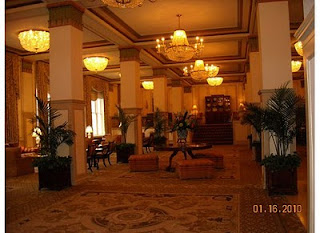 This was good – because the streets are narrow and very congested – so driving could easily become a chore.

Every meal we ate while in Charleston was extraordinarily yummy. I feel sure I gained at least 10 pounds. Impossible to do in 3 days you say? Not so. When you are surrounded by food so very yummy – you just cannot stop eating.

One meal was so amazing that I must tell you about it:

Low Country Shrimp & Grits. This dish was to die for! Consists of sauteed shrimp, tasso ham, peppers, onions over stone ground pepperjack grits with a rich lobster gravy. I’ve had shrimp & grits before and it's been good; but this time?? Pure heaven! This is something Hubby is going to have to learn how to make. I actually cleaned my plate – something I usually don’t do; but it was sooooooooo yummy.

Saturday, unfortunately, it rained all day long. And it was cold. Luckily it wasn’t pouring; but still. We got a late start – because we’d had a late night on Friday. All I’m willing to say is – that for once, I didn’t embarrass myself…..but she did! Except for a few bruises a good time was had. My friend wanted to visit an old school friend who was in the hospital while we were there. This poor soul has been in the hospital for three months and, outside her children, hasn’t had many visitors. So I dropped my friend off and drove around for a bit to soak up the local flavor while she visited.

After picking her back up – we headed out to Rainbow Row. Rainbow Row is a street filled with colorful historic homes. These homes are jaw-droppingly beautiful. There are two legends regarding the reasons for the paint colors. One was that the homes were painted in different and bright colors so that intoxicated sailors coming in from port could remember (and find) the houses that they were to bunk in. The other version, dates back to when these homes were used as stores. It is said that the colors were used so that owners could direct their illiterate slaves to the proper buildings for shopping. 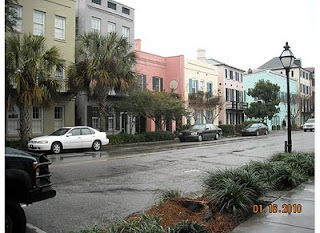 Apparently, after the Civil War this area had fallen into slum-like conditions (almost impossible to believe after seeing the homes). In the early 1900’s a woman named Dorothy Porcher Legge purchased several homes and renovated them. She chose to paint them pink based on a Colonial Caribbean color scheme. Others soon followed suite. 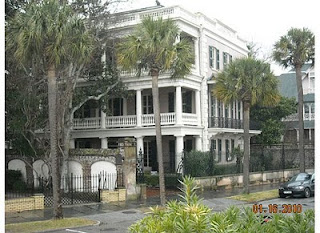 We also checked out the waterfront, The Battery, the Old Exchange and Provost Dungeon. Then we had to go back to the room for a nap before dinner.

Since it rained all day Saturday, we decided to delay our departure on Sunday so we could do some more shopping. I found a few things for the guys. And of course, these...... 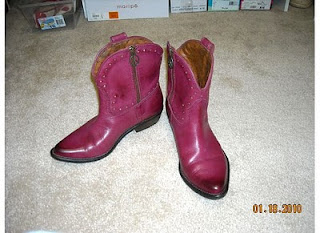 Since they needed a good home; I had to get them.  Plus – they were calling my name….. seriously!  They are sooooo cute; how could I say no?

Thank goodness we did delay our departure – because Sunday was beautiful. The sun was shining and by the time we left it was 70 degrees.

It was a fabulous trip and I cannot wait to go back. I believe if we’d been there for a week we may have barely scratched the surface of all there is to see and do. There are historic home tours, plantation tours, carriage ride tours, haunted boat rides, the beach, Fort Sumter, the USS Yorktown tour . . . .

As it was an easy 5 hour trip for us - I will definitely be heading back with the family in tow.  If you ever have the opportunity, I suggest you take it.
Posted by Gigi